In the middle of tightly scheduled international appearances, Alex Atala – chef and owner of restaurant D.O.M. – gave me an interview about his next book, D.O.M. – Rediscovering Brazilian Ingredients, whose manuscript I received first hand from Editora Melhoramentos, in charge of the publishing in Brazil. The collection of recipes and reflections on the […] 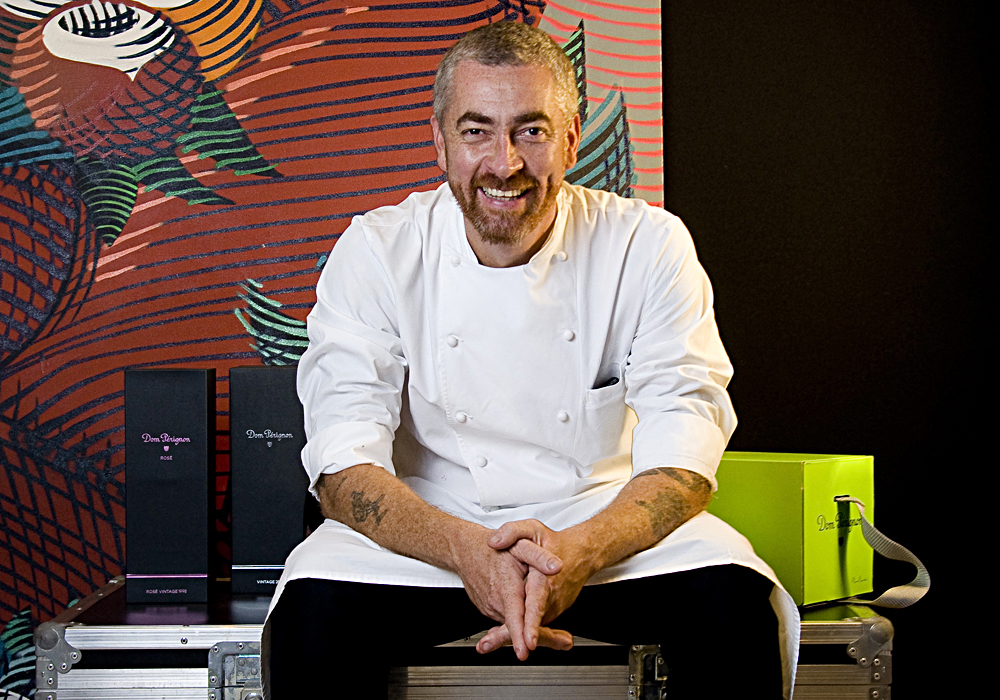 In the middle of tightly scheduled international appearances, Alex Atala – chef and owner of restaurant D.O.M. – gave me an interview about his next book, D.O.M. – Rediscovering Brazilian Ingredients, whose manuscript I received first hand from Editora Melhoramentos, in charge of the publishing in Brazil. The collection of recipes and reflections on the Brazilian cuisine should be available for sale as of October 15th, published by the British Phaidon. The book will be released simultaneously in several countries with versions in English, German, and Dutch, as well as Portuguese (D.O.M. – Redescobrindo Ingredientes Brasileiros). This is something unprecedented among Brazilian chefs.

Atala will autograph the book first in London, where Phaidon is headequartered, on October 4th.  Then he moves on to Germany, where he will take part in the Frankfurt Book Fair. Back on the plane, Atala proceeds to Amsterdam, Berlin, Melborne, Sydney, Margaret River (Australian city famous for its wine production), New York, San Francisco, and Toronto.  In Asia, his autograph sessions in Singapore and Tokyo are still to be confirmed.

I’ve talked to Atala twice. Our first conversation was longer, during a break between lunch and dinner at D.O.M., a bit before the chef boarded to Copenhagen to participate in the MAD Food Camp, a gastronomy symposium created by chef René Redzepi, from the awarded restaurant Noma.

I spoke to him again in August 30th, on the phone, on the eve of his flight to Peru. This week, Atala is taking part in three events in Lima: the awarding of the Latin America’s 50 Best Restaurants by the English magazine Restaurant, where he is the front runner since D.O.M. ranks as the sixth among the top ten restaurants in The World’s 50 Best Restaurants; the Peruvian food fair Mistura, which attracts chefs from all over the world; and the Gelinaz! event.

Back in São Paulo, Atala will dedicate himself again to D.O.M. – Rediscovering Brazilian Ingredients, which is now available in pre-sale in Brazil and abroad, with its 292 pages for US$ 29.97  or BRL 149. His writing is oriented to foreigners as an introduction to the Brazilian cuisine, but also including recipes created by the chef and his team. The book was ordered by Phaidon, which gave Atala carte blanche to work, except for the graphic design, which was left to the Publisher.

The chef’s book is part of a series that includes works by the Danish René Redzepi, Spanish Ferran Adrià and Andoni Luis Aduriz, Swedish Magnus Nilsson, and American Daniel Patterson.  Enriched with beautiful Brazilian images by Edu Simões and recipes and ingredients shot by Sergio Coimbra, the book includes a long and warm preface by the French chef Alain Ducasse, who traces a short biography of Atala.  Curiously, D.O.M. – Rediscovering Brazilian Ingredients is far from similar to his previous books – Por uma Gastronomia Brasileira (2003) and Escoffianas Brasileiras (2007).

Although it could seem to be a book for foreigners at first sight, reading through the first pages is enough to embark on an interesting reflection about today’s Brazilian cuisine, the chef’s day-by-day in the kitchen, the value given to small producers, the production of food in large scale, deforestation and its consequences, and sustainable gastronomy. “There is no point in being vegetarian if you eat soy planted by large producers that sterilize entire ecosystems to implement their crops,” he says.

And this is not the only thorny subject that Atala brings forward.  There is also a three-page text about death.  “I know that this may be uncomfortable in a recipe book,” he considers.  This passage begins with the story of a chef that takes a chicken in his hands in a class full of students, pets its head in an apparently tender gesture, and then breaks its neck and decapitates it, collecting its blood in a bowl.  “If this scene were public, it would be probably shocking.  It would turn that character into a tyrant, a savage”, he ends the paragraph.

This was exactly what Atala did at the MAD Food Camp, triggering horror and wrath on this side of the Atlantic.  “The repercussion in Brazil has been pretty tough, particularly in the social networks. I’ve even been threatened,” he tells.  “It was very different abroad, where I got a lot of compliments.”  He says that his intention is to discuss death in the kitchen, since the animals bought frozen were once alive.  He also thinks that urban cooks are moving more and more away from their raw materials in their natural state.  Still in the book, he affirms that had he used a fish, he wouldn’t have run the risk of “being called cruel and sanguinary.” Fish and seafood are very pleasant to the eyes and, therefore, humans even tolerate to see them in one piece when they are prepared and served on their plates.

The book is divided into chapters like “Dairy and Meats”, with a passage dedicated to the ants consumed to this date in the valley of the Paraíba River, in the State of São Paulo, “Fish and Seafood”, “The Capirinha Treaty”, and “Vegetables”, where he describes his obsession to find native mushrooms and makes a detailed presentation of the aromatic root named priprioca. He ends the book talking about a technique with a difficult name – nixtamalization – which, even though forbidden by the Brazilian law, is used all over the country in the preparation of confitures, such as pumpkins served as crispy cubes with a soft inside. This is the popular limewater. According to Atala, nixtamalization is one of the oldest Meso-American and South American cooking techniques and was used by Incas and Mayas in the preparation of several vegetables. Atala adopts the process to prepare desserts dubbed as pumpkin, vegetal coal with tapioca and green papaya ice cream, yogurt, and bacuri. 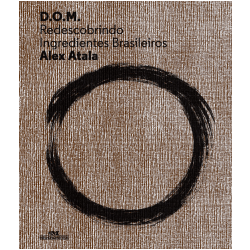 The cover of his new book, whose autograph session in São Paulo is scheduled to the first week of November

Read the main parts of the interview:

The idea for the book

Phaidon is specialized in Architecture and Art and has invited some chefs to write books. The first was Ferran [Adrià, Spanish cook who revolutionized the gastronomic universe by creating deconstruction techniques, liquid spheres, and foams], the second was René [Redzepi, Danish owner of Noma, which was once considered the number 1 restaurant in the world by the British magazine Restaurant, and is now the second in the ranking]. I had the privilege to be included. This is a book for the English market, I mean, for English speakers. The first edition will also be released in Portuguese, German, and Dutch. I’m very glad because I didn’t expect so many versions in the first [global] edition. I am also anxious to see a version in Spanish in order to break this language border we all have here with the rest of Latin America.

It was done the same way they did with all chefs. This is the market practice. I received a fee to produce the book, rights on the cover according to the market standard, not higher, not lower. I really made a stand to have the technical specifications 100% Brazilian. I didn’t get it. The publisher is responsible for the art direction, but the rest of the team is Brazilian. All texts were made by [journalist] Carolina Chagas. It worked exactly as it did with Escoffianas [Brasileiras]. I made my reflections and Carolina, in a more professional way, put them in order, cleaned up the text and transcribed it. Then I read it and we discussed it for a while. When it was ready, it was translated into English. This is a book for those who have never come to Brazil.

I’ve hear hard things, such as ‘if I didn’t feel bad for making expensive food in a poor country

This book came with international acknowledgement from a world that looks at Brazil and my work with curiosity. In the book I try to show what I want and provide answers to recurrent questions that I’m asked abroad. When I travel to other countries, it is very common to have journalists asking about deforestation. I’ve also heard hard things, such as ‘if I didn’t feel bad for making expensive food in a poor country’. It is as if social setbacks existed only in Brazil, not in France, in the United States or anywhere else. We suffer a lot with stereotypes. Then I understood that, when I talk about Brazil, the Amazon, I had to deliver a more powerful message, which is my opinion – and I don’t know if it’s right – but my own opinion.

This reflection about death is going to get everyone. People do not expect to see this subject discussed in a recipe book. And this is not a usual message for a chef.  This was the theme of my lecture at the MAD Food Camp [held in Copenhagen on August 27th for approximately 600 people]. Behind any plate of food, and I’m not talking about a dish prepared by a chef, but behind any single plate of food there is an aggression to the environment. In short: those who deforest an area don’t kill, but sterilize an ecosystem. The production of food in large scale is the most drastic aggression nature faces today. Brazil has been losing native cerrado space and Amazon [forest] for the large scale production of food. This brings consequences that are not only the physical death of an animal, but the contamination of an entire ecosystem, and particularly the loss of biodiversity. It is important to recall that it is not only by deforesting or hunting or fishing that you kill animals. Pesticides kill them too. Brazil is the world leader in the use of chemicals in agriculture. Contaminating underground water is also sterilizing. We are going to see green fields and deserts at the same time. The main message in this chapter can be summarized in the phrase from a book by (Manuel Vázquez) Montalbán – Contra los Gourmets, that Helena Rizzo [chef at Maní] once showed me: “Gastronomy is the ‘hipocratization’ of death.” 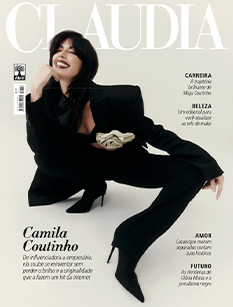 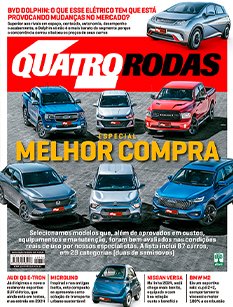